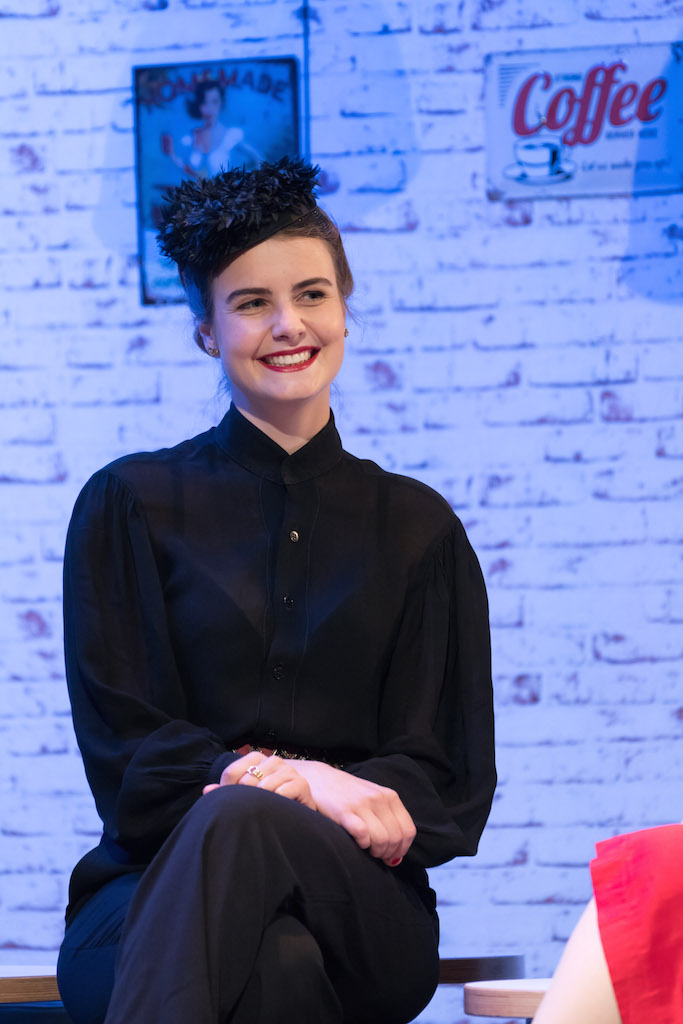 Nora Bertogg was born in Chur, Switzerland. During her secondary school education she received her first singing lessons and sang in various choirs, including several years in the Swiss Youth Choir. She completed her Bachelor of Arts in Music with distinction at the Zurich University of the Arts in the singing class of Jane Thorner-Mengedoht. In summer 2017 she completed her Master Specialized Music Performance Opera at the Bern University of the Arts in the Swiss Opera Studio under the direction of Mathias Behrends and Franco Trinca and in the supplementary core subject singing with Jane Thorner-Mengedoht.

In addition to her varied solo activities, Nora Bertogg also devotes herself to professional ensemble singing. In 2016 she sang the Christmas Concert with the Zurich Singakademie under the direction of Andreas Felber, and in spring 2019 she sang with the Origen Ensemble under the direction of Clau Scherrer on the Julierpass. Solo appearances include the Rahn Continuo Concert 2019, Inscriptum in the music theatre Ich&er, as a member of the Young Grisons Opera Ensemble, in a Lied duo with Alexander Boeschoten, in her own production Voix-Là and in a shortened version of Così fan tutte by W.A. Mozart as Fiordiligi as part of her Master's degree. In autumn 2018 she sang excerpts from Leonard Bernstein's West Side Story, Candide and Wonderful Town in a concert version at the Rüttihubelbad in Bern.

At the Theater Biel/Solothurn Nora Bertogg made her debut in the 2016/17 season in the role of La Ciesca in Gianni Schicci by Puccini and the role of Liftgirl in La notte di un nevrastenico by Nino Rota. In June 2017 she also performed the role of Miss Pinkerton in Menotti's The old maid and the thief. Furthermore she could be heard at the Davos Festival 2016 in the opera Die Schweizerfamilie (Joseph Weigl) in the role of Gertrude Boll.

The young singer is particularly interested in the interpretation of contemporary works. She attended various master classes in vocal technique for new music with Sarah Maria Sun. This has resulted in scenic interpretations of Georges Aperghis and Cathy Berberians as well as musical elaborations of Elliott Sharp's The ballad of Bradley Manning and the Love Song by Claude Vivier.

Nora Bertogg has been awarded a scholarship from the Rahn Cultural Fund in 2016 and a cultural promotion prize from the canton of Graubünden in 2017.